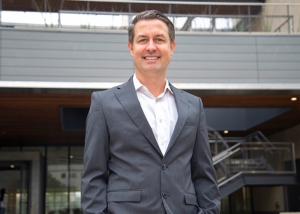 Dr. Andrews was commended on “outstanding leadership of the IEEE Transactions on Wireless Communications (TWC),” for which he served as Editor-in-Chief from 2014-2016. Under his leadership, TWC cemented its excellence in the wireless communications field as the venue for top research papers. Dr. Andrews established a novel and highly successful Editorial board structure known as the Executive Editorial Committee, which has since been replicated by other IEEE journals.

“It was a real honor to lead the TWC for 3 years,” Dr. Andrews stated. “And I’m very grateful to the over 100 Editors who helped us simultaneously raise standards and increase timeliness—a difficult combination.”

In his time as Editor-in-Chief, the Transactions improved its impact factor by over 100%, while improving its already well-regarded timeliness: submission-to-publication time was reduced from 10.4 months in 2014 to 9.2 months in 2016.

In Dr. Andrews’ opinion, those milestones “helped establish the TWC as the gold-standard of how a top IEEE journal should function.”

He also noted the “outstanding” assistance of Karen Little, WNCG Center Manager and 6G@UT Administrative Lead, who served as Executive Assistant for the Transactions while Dr. Andrews was Editor-in-Chief. “She was the invisible hand behind so much that happened during my time as EiC,” he remarked.

After stepping down as Editor-in-Chief, Dr. Andrews served on and then Chaired the Steering Committee for the same journal. As TWC Steering Committee Chair, he initiated and led the effort to completely rewrite the outdated original 2001 MOU with the Signal Processing Society to create a modern charter, setting the journal up for sustained success for many years to come.

Jeff Andrews is currently the Cockrell Family Endowed Chair in Engineering at the University of Texas at Austin. An IEEE Fellow and ISI Highly Cited Researcher, Andrews has received several awards, including the 2015 Terman Award, the NSF CAREER Award, the 2021 Gordon Lepley Memorial Teaching Award, and the 2019 IEEE Kiyo Tomiyasu technical field award. He has been co-recipient of 15 best paper awards, including the 2016 IEEE Communications Society & Information Theory Society Joint Paper Award, the 2014 IEEE Stephen O. Rice Prize, the 2014 and 2018 IEEE Leonard G. Abraham Prize, the 2011 and 2016 IEEE Heinrich Hertz Prize, and the 2010 IEEE ComSoc Best Tutorial Paper Award.  He received the B.S. in Engineering with High Distinction from Harvey Mudd College, and the M.S. and Ph.D. in Electrical Engineering from Stanford University.