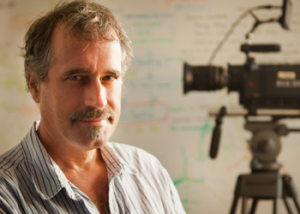 Texas ECE Professor Al Bovik’s neuroscience-based Visual Information Fidelity (VIF) picture quality measurement tool has been built into the core of Netflix’s quality system which controls the quality of every video streamed by Netflix to all customers world-wide. VIF is a full reference image quality assessment index that is based on natural scene statistics, and on a model of the type of image information that is extracted by the human visual system. It was developed by Prof. Bovik and Hamid R Sheikh at the Laboratory for Image and Video Engineering at the University of Texas at Austin in 2006.

Prof. Bovik, who received Television’s highest honor, an individual Primetime Emmy Award for Outstanding Achievement in Engineering Development from the Academy of Television Arts and Sciences (The Television Academy) in October 2015, has seen his video quality measurement models, which have injected the principles of visual neuroscience deep into global communication networks, affect the viewing experiences of hundreds of millions of broadcast, satellite, cable, and Internet Television viewers each day.

Prof. Bovik, who holds the Cockrell Family Regents Endowed Chair in Engineering #4 in the Department of Electrical and Computer Engineering at The University of Texas at Austin, has published over 850 technical articles in these areas and holds several U.S. patents. His publications have been cited more than 65,000 times in the literature, his current H-index is about 100, and he is listed as a "Highly-Cited Researcher" by Thompson Reuters. His several books include the companion volumes The Essential Guides to Image and Video Processing (Academic Press, 2009).