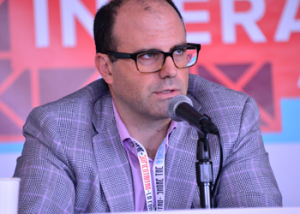 Robert Heath, Texas ECE professor, has received the European Association for Signal Processing (EURASIP) 2017 Technical Achievement Award for Significant Contributions to Signal Processing in MIMO Communication Systems. EURASIP serves to further the efforts of researchers by providing a learned and professional platform for dissemination and discussion of all aspects of signal processing. The EURASIP Technical Achievement Award is presented in honor of an individual who has made “outstanding technical contributions to theory or practice in technical areas within the scope of the Society, as demonstrated by publications, patents, or recognized impact in this field.” Heath will receive the award at the 25th annual European Signal Processing Conference (EUSIPCO), which will be held in Kos Island, Greece in August 2017.