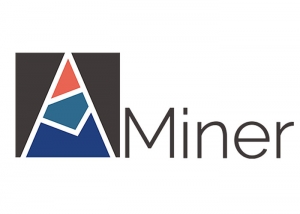 Five WNCG faculty members were among the top 100 most influential scholars on the AI 2000 lists. The rankings are based on the Tsinghua AMiner academic data, which indexes more than 133 million expert profiles and 270 million publications.

Jeffrey Andrews and Robert Heath came in at the top of the Most Influential Scholars in the Internet of Things category, ranked No. 1 and No. 2 respectively.

Recognized as Honorable Mentions for Internet of Things were Sriram Vishwanath at No. 82 and Constantine Caramanis at No. 90.

In the Theory category, Sujay Sanghavi also made Honorable Mention at No. 50.

The AI 2000 Most Influential Scholar Annual List recognizes the world’s top-cited research scholars from 20 sub-categories in the field of artificial intelligence. Computer algorithms deployed in the AMiner system track and rank the research scholars based on citation counts in order to generate the list. The top ten researchers for each list are named Most Influential Scholars; ranks 11-100 are considered Honorable Mentions. Honorees are recognized for outstanding technical achievements with lasting contribution and impact.

AMiner plans to release the rankings once a year through 2029. The 2020 AI 2000 Annual List recognizes 200 Most Influential Scholar Award winners and 1800 nominees.

Sujay Sanghavi is an Associate Professor in the Department of Electrical and Computer Engineering at The University of Texas at Austin. Dr. Sanghavi joined UT ECE in July 2009. He got his PhD from UIUC, and a postdoc from MIT. His research interests lie at the intersection of two central challenges in modern systems: large-scale networking and high-dimensional data analysis, with a focus on algorithm design and evaluation. He received the NSF CAREER award in January 2010.

Dr. Constantine Caramanis is a Professor and holds the William H. Hartwig Fellowship in Electrical Engineering in the Department of Electrical & Computer Engineering at The University of Texas at Austin.

Dr. Sriram Vishwanath is a Professor in the Electrical and Computer Engineering department at The University of Texas at Austin.