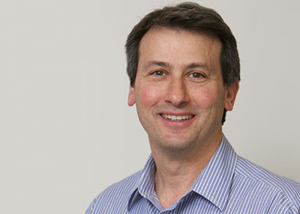 Ted Rappaport, founding director of the Wireless Networking and Communications Group, has been elected to the National Academy of Engineering (NAE).

Selections for each new NAE class is a year-long process including nomination, peer committee reviews, and election. NAE announced the 2021 class earlier this month, and formal inductions of the new members will take place this fall.

NAE specifically commended Rappaport for his “contributions to the characterization of radio frequency propagation in millimeter wave bands for cellular communication networks.”

Rappaport is a pioneer in the fields of radio wave propagation for cellular and personal communications, wireless communication system design, and broadband wireless communications circuits and systems at millimeter wave frequencies. His research has influenced many international wireless standard bodies over three decades, and he and his students have invented measurement equipment, simulation methodologies, and analytical approaches for the exploration and modeling of radio propagation channels and communication system design in a vast range of spectrum bands for emerging wireless systems. He also invented the technology of site-specific radio frequency (RF) channel modeling and design for wireless network deployment-a technology now used routinely throughout the wireless industry. More recently, his work has explored the millimeter wave (mmWave) bands for future broadband access.

Rappaport founded WNCG at the University of Texas at Austin in 2002. He not only launched the academic research group and industrial affiliates program, but he also conceived the annual Wireless Symposium which grew into WNCG’s signature event, Texas Wireless Summit.

In addition to WNCG, Rappaport has established two other wireless research centers: the Mobile and Portable Radio Research Group—now known as Wireless @ Virginia Tech—in 1990, and NYU WIRELESS in 2012, where he currently serves as director.

Theodore (Ted) S. Rappaport is the David Lee/Ernst Weber Chaired Professor of Electrical and Computer Engineering at NYU Tandon School of Engineering and is a Professor of Computer Science at New York University’s Courant Institute of Mathematical Sciences. He is also a Professor of Radiology at the NYU School of Medicine. He has advised or launched numerous high-tech companies in the wireless communications and computing fields, including Telephia (acquired by Nielsen), Motion Computing, Paratek Microwave (acquired by Research in Motion), and two university spin-out companies that developed some of the technologies now used in the wireless industry--TSR Technologies (acquired by Allen Telecom in 1993) and Wireless Valley Communications (acquired by Motorola in 2005). He has conducted pioneering research in the fields of wireless communications and smart antennas, most recently in the field of millimeter wave wireless communication networks and 5G wireless.