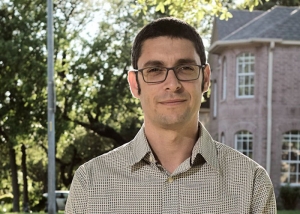 Dr. Yarden Mazor has accepted a faculty position at Tel-Aviv University. He will join the Physical Electronics department in the School of Electrical Engineering as a Senior Lecturer—a tenured position roughly equivalent to the rank of Associate Professor in the North American academic system.

Teaching is important to Mazor, who won a number of distinctions during his time at TAU: he received the University Rector Excellence in Teaching Award (2014) and the Engineering Faculty Teaching Award (2014, 2016), and he was named to TAU’s Top 100 TAs List 4 years in a row from 2013 to 2016.

Mazor’s passion for teaching continues to shine through as he returns to TAU as part of the faculty. “I strongly believe that quality teaching should be at the top of any academic’s priority,” he stated. “Teaching is also a great tool for self-learning. It brings about the highest level of mastering a subject – often driven by the interaction with students and peers.”

Mazor has been with WNCG since 2017 as a postdoctoral fellow supervised by Prof. Andrea Alu. As part of WNCG and the Metamaterials & Plasmonics Research Laboratory, his research focused on electrodynamics of moving, time variant, and general non-reciprocal media and surfaces.

His research interests include electromagnetics and optics, wave theory and physical phenomena in complex and time-varying structures, analytic methods, and applied mathematics.